When we found out we were having a baby, the thought never really crossed our minds that we could be having a boy. It was always a girl. And her name was always Josephine– after the many Josephs in both of our families. Frankie was the name I wanted for my little brother when my mother was pregnant. Instead, they named him Joe. After their cat.

If it HAD been a boy, Beef liked Franklin Delano or Theodore Roosevelt, so the JFK monogram felt like a good compromise. Plus, she’ll feel right at home at the airport and stuff one day. 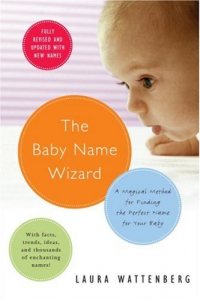 When I was a few months pregnant, my friend Meg lent me her baby-naming book. And I read this on page 88: 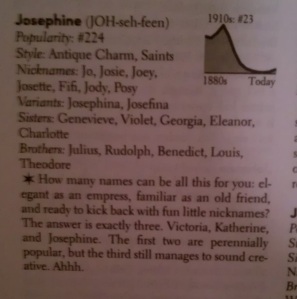 We’d planned on calling her Josie, but I liked the ring of “Posy” better. I didn’t know anyone with that name, but it had a flower connotation– which made it not quite whackadoodle, in my mind. It’s not like it was  fake word.

We started calling my bump Posy. At least, I did. Beef wanted to wait until we had our 20-week ultrasound. But then, something amazing happened.

Her colleaugues threw her a party in the very same room where she had thrown her now-gone parents an anniversary party many years ago. I could tell she missed her mom and dad a lot that night. After she opened the gift-wrapped box her co-workers presented her with (after the nicest, kindest, words anyone could ever want to hear about their mom), she leaned over to me and whispered, kinda embarassed, “What is this? Is it a glass? Or a vase?”

The short answer is– it was one of these. (CLICK FOR CRAZY GOOSEBUMPS!)

But I think there was a REAL answer. Another time, I will write all about the phenomenally gifted medium, Rebecca Rosen, and how much you can learn from her. But for now, I will say that the vase was no coincidence. To me, it was a clear and loving sign from my family members looking out for us on the other side that this baby was their gift to all of us– our gift-wrapped Posy. That I decided was missing a letter, so I added an “e.”

I recently read that more than half of parents regret their child’s name. I guess I’m not 100% still sold on the Frankie part, but there’s nothing I wish we’d named her instead. It fits. And she has a lot of nickname options when she gets older. But I think Beef and I will always, always call her “Pie.” Just because she’s sweet and crusty.

For advice on how to avoid the 7 Biggest Baby-Naming Mistakes, read here.