Last weekend, we took Posey for her first haircut. Well, her first “real” haircut. My mom said it didn’t count when I trimmed the back of her head into a sweet little rattail. Now that she’s got a fancy new ‘do, I felt she needed something else in her life: fancy hair bows.

This is what Etsy is made for.

After a quick search, I came across a little shop called Ellie & Liv. It doesn’t get much cuter than this, people. And guess what? If you use discount code SPRING2013, you can save 10% now through 4/1/2013. If you don’t want a chocolate bunny to clip in your child’s hair, there is seriously something wrong with you. 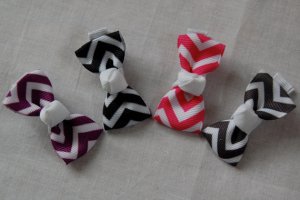 There is only one thing worse than checking the tag on your new sweater and finding the dreaded “dry clean only” label, and that’s finding this one:

There are about 100 things I’d rather do than wash my laundry by hand, starting with “pay someone to hand-wash my laundry.” It’s not that I’m lazy. If you have a hole in your elephant-print Sleep ‘n Play, I’m more than happy to mend it. If you want me to remove your duvet cover, launder it, then crawl inside it to smooth out your comforter, crawl back out to admire the fresh bedding, leave the house for an hour and return to find a fresh cat barf stain right in the middle of said duvet, forcing me to start the process all over– I’m game. In fact, I practiced just today, just in case.

But I’m stuck on the hand wash thing, mostly because how do you wring the water out without stretching the piece of clothing out? And get it dry enough that it doesn’t weigh a ton and drip pink water on the floor?

Looks like I wasted a lot of years worrying, because today I looked it up from the place that would know about stuff like this. The answer was so simple. Almost too simple:

After squeezing out water, lay the sweater on a white towel on a flat surface (a white towel prevents dye transfer from towel to sweater). Gently roll the towel and sweater together to remove moisture, squeezing and pressing as you work.

It totally worked. Any even though the water was extra-cold, sending me into a Tierra-like fit… my expensive-so-I-don’t-want-to-ruin-it Banana Republic sweater and my cheap-so-I-don’t-want-it-to-fall-apart Forever 21 peplum top are saved. Thanks, Martha!

But our family likes him for a different reason… he saves us money on personalized clothing.

According to people who know things, grunge is back again for fall. You know what they say– If you wore the look the first time, you’re too old for it the second time ’round. Fair enough. Guess who’s not? 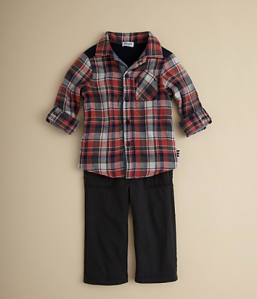 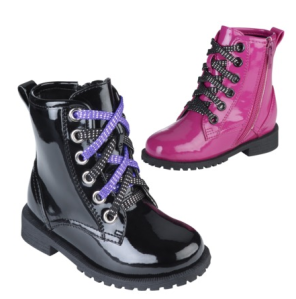 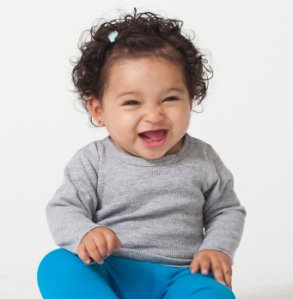 Pie was so small last winter that she barely needed a coat. She went everywhere in her car seat, which was protected by this:

Behold the JJ Cole Bundle Me, and Bundle Her, It Did.

This winter, she’s already set in the winter coat department (thanks to some fantastic hand-me-downs from friends)–but I may also decide to invest in the big girl Bundle Me for the stroller. However, let me take a moment to pretend I’m not a Practical Mom, as I run down some totally adorable (but wholly unneccesary) choices for the upcoming fall/winter. Before you yell at me because none of them have hoods, let me remind you that hoods just bunch up and get in the way in a car seat.

UPDATE: The color is Artistic Nail Design’s Colour Gloss Soak-Off Gel in “Vogue.”  Gel polish is what’s referred to as a “no-chip manicure.” 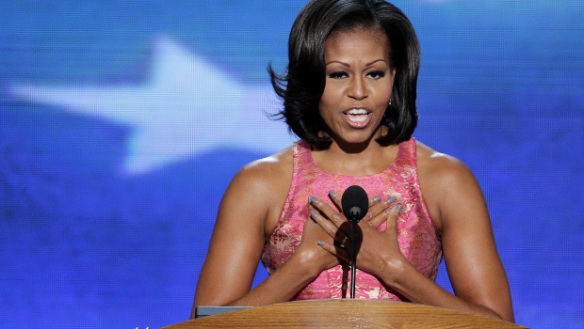 Is that blue? Grey? Whatever it is, it’s amazing. I’m never wearing boring old Mademoiselle ever again. I found info on how to get the look here.

Here’s another maternity look that I stole last summer. I saw this photo of January Jones (who gave birth 3 weeks before me), and I thought the scarf was a great way to prevent a maxi dress from looking like a muumuu. 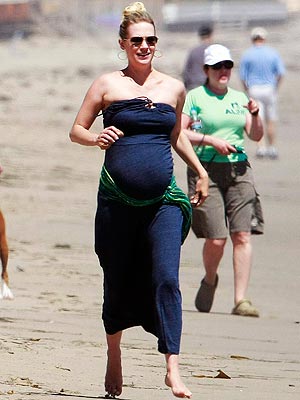 I liked the look; Beef said I looked like Princess Jasmine. Whatevs. It’s a good “Just because I’m pregnant, it doesn’t mean I can go to a good old fashioned summer art fair” ensemble.

I know the Bey posts are getting out of control on here, but I can’t help but compare our lives right now, since they’re so similar.

Photos were posted yesterday of her frolicking in the Caribbean surf– in a bathing suit, 3 months after having a baby. GOOD FOR HER. Because you know what? She just proved she’s human by knowingly being photographed in a skirted one-piece. And I’ll bet you she never imagined the words “Beyoncé” + “skirted one-piece” would ever be a viable Google search term, but my parents’ neighbor told them the planets were aligned yesterday (and incidentally, that possibly means a broom will stand on its own). 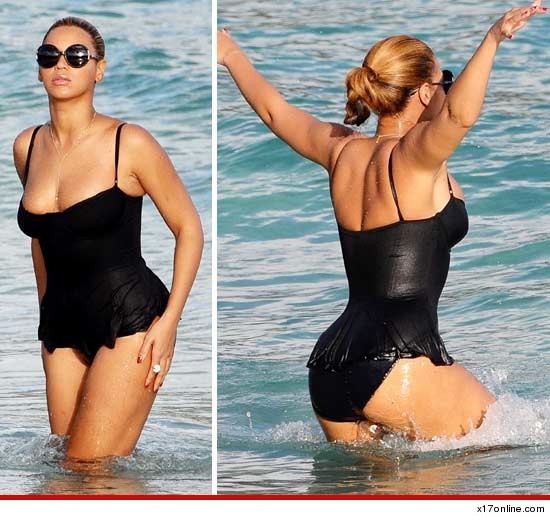 So I’d like to encourage us all to embrace our new stomachs– and by embrace, I mean tastefully cover up– by highlighting a few new mama-suits I think Beyoncé would approve of.

3. Spanx Whittle Waistline Draped One-Piece $198 (Has anyone tried Spanx swimwear? Is it worth that much?)

I NEVER thought I would say those words. But it’s sorta true.

I remember back about a Willow ago, I saw a photo of Jada Pinkett-Smith in a really tight, white dress while she was pregnant. I don’t know why, but it made such a big impression on young me. I think it was the first woman I ever saw show off the fact that she was huge. I’ve searched for the photo everywhere– curses, pre-internet world.

And today, I saw this photo. This outfit would be enough on a regular person. But on a preggo? It’s just… I dunno. Huh. Leather-ish maternity hot pants. I sorta wish I would have gone for something like this. It’s the Black Swan to Vintage-Jada’s White Swan. 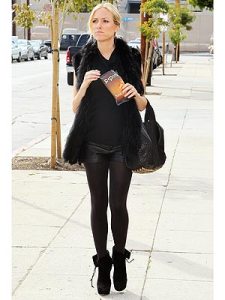 Before I had Posey, I heard the same thing over and over again from most of my friends 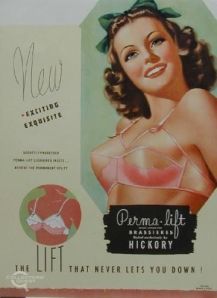 “I lost the weight, but now I’m just shaped…differently.”

I was prepared for an even-more jiggly tummy. It’s actually all I’ve ever known, so I never mourned the loss of a flat surface– like I’ve never been sad about not being able to jump in the horse and buggy to get some leeches stuck to me at the barber. No one ever told me the parts that might be shaped differently might actually be the ones that a baby was never inside.

I am going to Vegas this weekend. In preparation, I tried on some dresses in my closet to see what fits again. It turns out, my arms are not the same as they were before. And to add insult to insecurity, armpit chub was spilling out the side of my brand new fancy-pants-custom-fitted-by-a-highly-trained-booby-expert bra.

I returned to Nordstrom, sausage-armed with the knowledge that this is the result of a poor fit. The saleslady was skeptical. “Let me see it on you,” she said. It sounded like a dare. I’ll see you a faulty Wacoal minimizer and raise you a 34D-or-DD.

If Oprah Winfrey has taught our world one thing, it’s to live your best life. If she’s taught us two things, it’s that the right bra can fix everything. There is no such thing as “it’s you,” and to tell a topless woman toting a Snap-N-Go stroller in a poorly lit dressing room anything differently is criminal.

So I tried on six more. And none of them were any different. I teared up. I started to believe her. And then I found out that Spanx upped their sizes and came out with this. And Zappos.com sells it, which means I could get it the next day. Although the straps are not adjustable, which is just plain nonsensical, my armpit rolls are gone. Take that, mean saleslady.

Peace has been restored throughout the land.